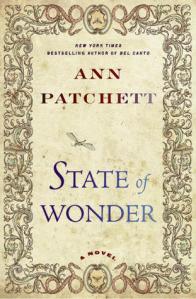 5. State of Wonder by Ann Patchett.

This is Ann Patchett’s “Poisonwood Bible,” a book that takes readers to a new world and wraps them in a plot that feels both surprising and true. Marina Singh, a pharmaceutical company researcher, travels to Brazil to find out what led to the death of a colleague. He was sent to the Amazon at the behest of their employer, assigned to urge a secretive researcher to deliver the drug they are paying her to create. Dr. Annick Swenson, who is researching a fertility drug made from the bark of rainforest trees, is both mercurial and brilliant, and she is also Singh’s medical school nemesis, the woman who changed the course of Singh’s life. For Singh, confronting Swenson is to duel her own demons. The result is absorbing.

4. The Sisters Brothers by Patrick Dewitt.

This is a quick, fun read with a propulsive narrative of short action-packed chapters. Cowboy hit men ride from the Oregon Territory to California with orders to kill Kermit Warm. The narrator, Eli, is the gentle killer, always wishing Charlie would be kinder and drink less but continually following his aggressive lead. Every time Charlie wanders off the page, someone dies. Eli, in the meantime, falls in love with any woman who pays attention to him, and develops a sentimental attachment to his horse, Tub. The fact that Tub is unsuited for hard travel seems to raise him in Eli’s esteem. The story’s ample violence is almost cartoonish in the light of Eli’s descriptions. John C. Reilly optioned the book and intends to play Eli. It is hard to imagine a more suitable actor for this character.

3. The Psychopath Test by Jon Ronson

How we label people crazy is Ronson’s theme in this gallop of a narrative, but the journey is one that seems to follow only the thread of his curiosity with entertaining results. He begins with the question of who wrote and distributed an anonymous book to people all over the world. This leads him to wonder about the power of mental illness in our society, which brings him to question how we label people mentally ill. The result is fascinating, challenging, and entertaining, as Ronson pursues his purpose with intelligence and self-deprecating wit. Along the way he meets Scientologists, a man trying to get out of a mental hospital by insisting he had faked the mental illness that put him there, the author of the strange book, the man who invented The Psychopath Test — an instrument that supposedly helps those trained in its use accurately identify psychopaths, and former Sunbeam executive Al Dunlap. 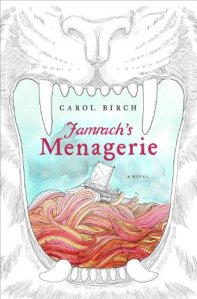 Jaffy Brown begins the book in the jaws of a tiger that escaped from the warehouse of an exotic animal merchant in this book set just after Charles Darwin published The Origin of the Species. Jaffy’s fearlessness – which is how he ended up in the tiger in the first place – inspires the tiger’s owner to take the boy on at his menagerie. Eventually Jaffy joins an expedition to capture a komodo dragon.  What follows is a sea story  slowly whittled into white-knuckled adventure. The impressionistic descriptions of a whale hunt and butchery, the search for the dragon and its eventual capture, the expansion of the characters of the men on board the doomed ship are all masterfully done. The final tale of the crew’s long loss at sea is harrowing and taut. I expected this to win the Mann-Booker Prize. I was wrong. The winner, The Sense of an Ending by Julian Barnes, sits on my shelf waiting to be read.

1. The Beauty & The Sorrow: An Intimate History of the First World War by Peter Englund.

Englund does not tell us why the nations of the world went to war in 1914. He leaves that to other authors. He doesn’t concern himself with the battle plans of generals or the speeches of politicians. Instead, he tells the story of the war through the letters and diaries of twenty people. There is a twelve-year-old German schoolgirl and a forty-nine year old Scottish aid worker. There is an American married to a Polish aristocrat caught on the front with her children, and a Venezuelan calvaryman in the Ottoman army. Like a diary of the war written by twenty different hands, it takes us through the days, months and years with these characters, creating a vivid history by accretion. The result comes together in a pointillist image of devastating power. There are the crowded restaurants in a Paris where all seem studiously oblivious to the slaughter beyond its borders counterposed with the mundane horrors of trench warfare. There is the girl playing soldier and the young sailor wishing for battle. There is the repeated discovery of yet another trench layered with bodies — a geology of defeat that lays bare years of pointless battles. There are the exhausted nurses, the numbing cold and the enervating heat, malaria, typhus, and trench foot. The word enormity was made for this war. The word masterpiece was made for this book. It is simply unforgettable.