The great unanswered question remaining after my visit this morning to Louisville’s new arena – the KFC Yum! Center – is: are there enough toilets in the women’s lavatories?

In Jenni Laidman’s Perfect World, there would be twice as many women’s toilets as men’s. That planners  the world over fail to adopt this standard is just blinkered prejudice. But I couldn’t go into the men’s room for a full comparison, and I didn’t think to ask any of the men wandering around to go in and count for me, so the answer to this must wait.

My favorite things about the arena: 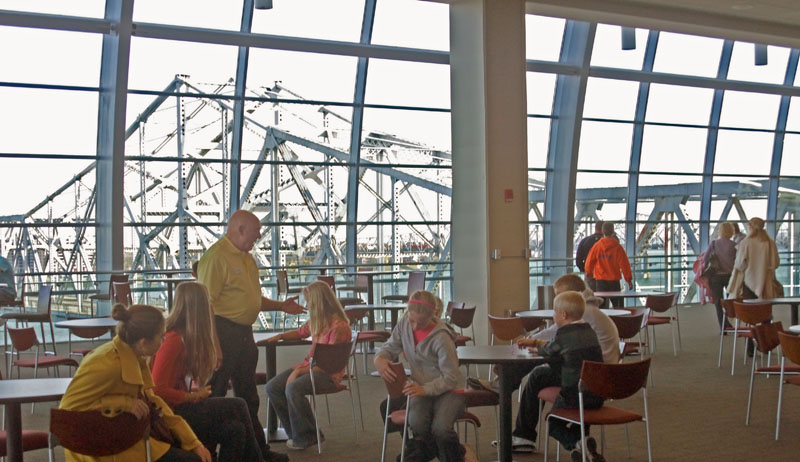